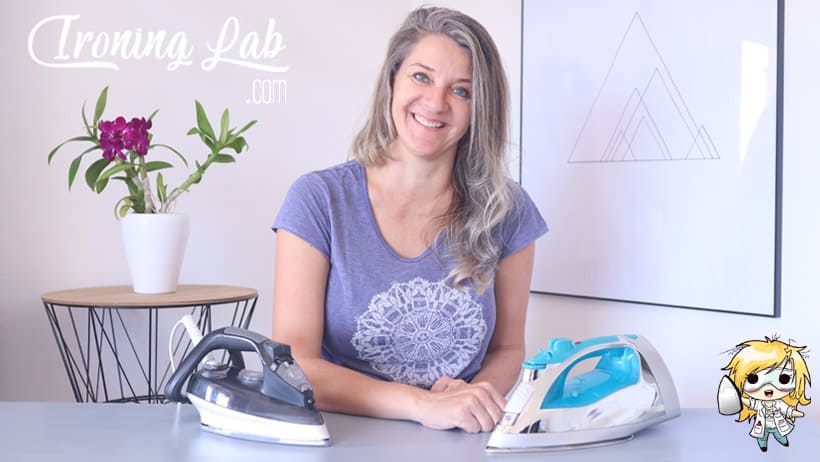 Ironing is not a pointless pastime for the sake of fashion. It’s a tradition that’s been performed throughout the ages. The way a person looks and the finish of their clothing has long been an identifying mark of class and stature. But, who exactly is responsible for the origin of ironing?

Who invented ironing? The Chinese were the first to use hot metal to iron clothing in the 1st-century. Different techniques have been used throughout history, evolving into the electric iron we use today, which was invented in 1882 by Henry W. Seeley in New York City.

No single person or culture can take the credit for the creation of ironing, as so many have practiced the art using their own styles and methods. However, there are a few outstanding inventions in the ironing movement that have helped it improve over the decades.

With the invention of the electronic steam iron, the task of removing wrinkles from our clothing has become infinitely quicker and easier. Today, this has resulted in most of our garments being ironing before wearing.

Our ancestors also took the time to wash, dry and iron their clothing. However, not all the clothes were ironed as it was a time-consuming task. The rich had the work done by servants.

The average person did not iron clothing worn for daily use, only church clothing and outfits for special events were pressed to perfection. Ironing was also an effective way to get rid of body lice and today, steam irons have the added benefit of eliminating bacteria.

A few years later in 1892, ironing was made even easier with the invention of the ironing board by Sarah Boone.

Ironing Techniques Through The Ages

Ironing and pressing have been around in one form or another for as long as there have been clothes. Some techniques involved stretched out the fabric or beating, while others used pressure and heat.

Ironing was a specialized skill and hard, hot work. Irons had to be sandpapered, polished and thoroughly cleaned to avoid any damage to the clothing. Without the temperature controls of today, it was also easy to burn or damage clothing.

The electric iron invented by Henry Seeley was not a huge success commercially and it took another 10 years before the temperature of the electric iron could be regulated.

In 1926 the Eldec Company introduced the first steam iron. It released water vapor and replaced the need to manually dampen clothing when dry ironing, as was the case with Seeley’s earlier design.

It was only in the 1940’s and 50’s that steam irons became popular for home use and began to replace older versions of the clothing iron. Today, dry irons are still available but they do not compete with the wrinkle removing force of a steam iron or its big brother, the steam generator iron.

Flat irons, later known as sad irons were forged by blacksmiths in the Middle Ages. Some were even carved out of stone. These metal irons were heated on a stove or fire. Their shape resembles that of the steam irons we use for clothes today. A cloth or wooden handle was used to hold the handle and protect the user from burns.

The sad iron was not named “sad” because of the way it made people feel. Sad is an old word for “solid”. It was larger and heavier than the first flat irons. They were also called “gusing” irons from the word goose, because of handle looked like the curve of a gooseneck.

Traditionally, two flat irons needed to be used at the same time. One was in use while the other heated on the fire. Larger, more affluent households with servants often had ironing-stoves which could hold several irons at once

Evidence of the same style of iron was also found in Ancient Egypt.

Instead of solid metal or stone chunk, the box iron was a metal container that held hot coals inside it and this helped it remain hotter for longer. Box irons are still used today in some parts of India and Africa.

It has a hinged lid and air holes that allow the coal to breathe and shoulder. Historically, they have been used in many different countries.

The disadvantage of this method is the smoke emitted by the coal can get into the clothing. Some have funnels to keep the smoke away. Ironers also have to be very careful that soot does not get onto the clothing.

Similar boxes are heated using slugs or bricks. These inserts are heated in the fire and then placed into the iron. This is a much cleaner method than the charcoal irons.

Pan irons were used by the Chinese. The design is very similar to the box iron, only the shape differs. Hot coals were placed in the open metal pans and then run over silks and other materials to flatten out any creases.

Fuel irons were an improvement on the flat iron and charcoal iron methods. Their temperature was more even and they were lighter than their predecessors. However, because they were heated using gasoline, alcohol, and other highly flammable fuels, they could explode and were dangerous to use.

With a back and forth rolling motion, wrinkles would be worked out of the material. Mangles often had handles to help press down firmly. These were traditionally carved by young men as a gift for their bride-to-be and could be quite beautiful and ornate.

Not to be confused with washing mangles which were similarly used to pound dirty laundry. In England, paddles were used to beat the clothing straight. The fabric was laid out on a flat surface and then hit with the flat paddle. This was back-breaking work so “machines” were invented to make the process easier.

A large box was built and filled with stones or sand. Clothing was then rolled around the rollers. The heavy box was then placed over rollers and pulled back and forth using handles and leather straps. Later wheels or gears were added to some designs to make the work a little easier.

Mangle Boards were also given other “beating” names like battledores and beatel.

In Medieval Europe, linen smoothers were made of glass, marble, stone or wood. Some had handles, shaped somewhat like a stamp so you could slide it over garments while applying pressure. Smoothing stones were also used; they were about the size of a hand and would be run over the surface of the clothing to press out unwanted creases.

Decorative glass linen smoothers have been dated back to the 18th and 19th century. Some, made of dark glass has even been found in the graves of Viking women. (source)

Medieval launderers would flatten sheets and linen using large frames that stretched the fabric out while it was damp, removing all creases n the process.

Fabric presses were a piece of wooden furniture with a base and an adjustable press that could be tightened to flatten the fabric between the two layers. The press sometimes contained shelves or drawers for storage.

The steam iron as we know it today has come a long way from the undoubtedly hard work that our ancestors had to endure to get their clothing perfect.

A lot has changed since first-century China. Even if ironing is your least favorite thing to do, the fact that it takes very little to get the job done is a massive contrast to ironing styles in history. No beating required, no long hot hours wielding a heavy chunk of steel by the fire… and we have Netflix to help the time pass.